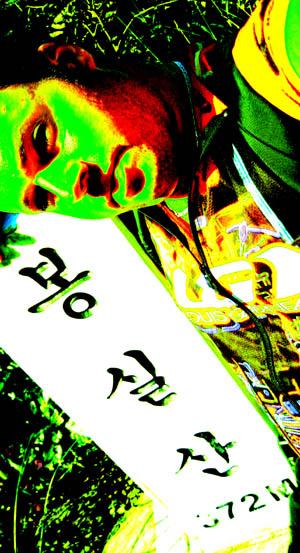 Spotless blue skies told me to go out and get sunburned today. No, really, I actually didn’t get burned, but I did go out to Bongsilsan, located in Bongdong. I had the time to bike out there (25km, not including wrong turns, finding a geocache, etc). I had a hard time finding the trail head…there were intermittent signs indicating where to find it, differing views in the village about where there is and isn’t a path, plus a military fence at some points at the foot of the mountain. So, even though I left YeongDeung-dong at 11 o’clock, I didn’t actually start hiking until maybe 14:30.

It’s a pretty quick hike to the top, though steep and rocky, still fun. Due to my transport situation, I didn’t bring the yagi…I should’ve! I got half (two!) of my QSOs via SMS spotting, and the other two only after insistent CQing, all with the HT. Most stations were mobile, though I could hear them well they had trouble hearing me. So, since DS4QBE was going to be picking me up at the bottom of the hill to go geocaching in Jeonju with him, DS1SED, DS5DYM, DS5SQS and a whole slew of others (we were 13 around the table at the bibimbap resto) to be followed by makeoli, I had to start back down the hill immediately after my fourth contact.

I operated from the second highest summit–it was so cute–there was a mini-helipad! (there was another on the main summit, too). This second summit (of 366m) is south of the main summit, and has more “view” on the populated areas. There were some other people up on the hill, but not many (it doesn’t rank high, or at all, on the popularity lists…) it’d surely be dead during the week.

It’s official! After months of work, HL SOTA is finally online! To celebrate the fact, I went out first thing Thursday morning, July 1, to conduct an official, first activation. Fate would have it that 0000 UTC is 0900 KST, so activators getting in line for the “first activation” really had no trouble being up for the occasion to make it truly the first.

I decided to go out to Weolyeongsan on the Saemangeum, but as I didn’t know the area very well, had gone out for reconnaissance the day before to look for the trail. Here are some stills: (got no stills for the actual activation, only a movie which will soon be out). 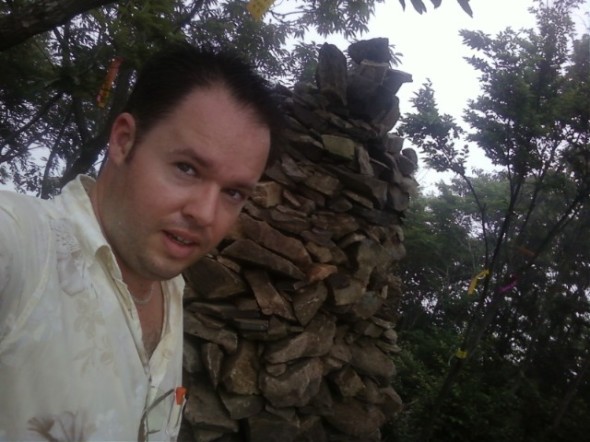 You can also see that I happened to catch them draining the Seawall, and can somewhat see it (the actual day of activation, nothing could be seen it was so foggy!) 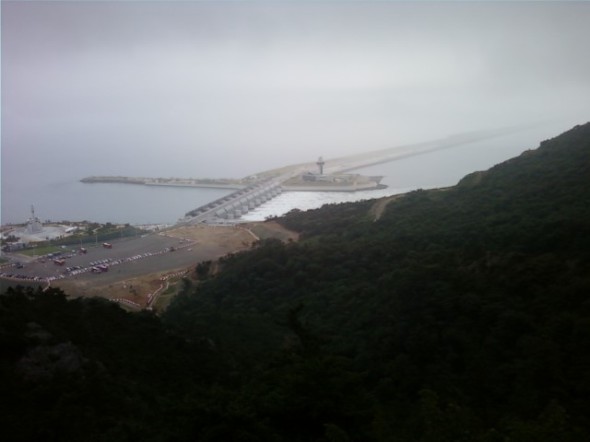 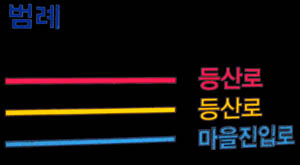 After having a QSO with DS1SED/p4, he managed to convince me to go for lunch (I was planning on two other activations in the area, but things weren’t biting and my main battery was dead, so that was abandoned). 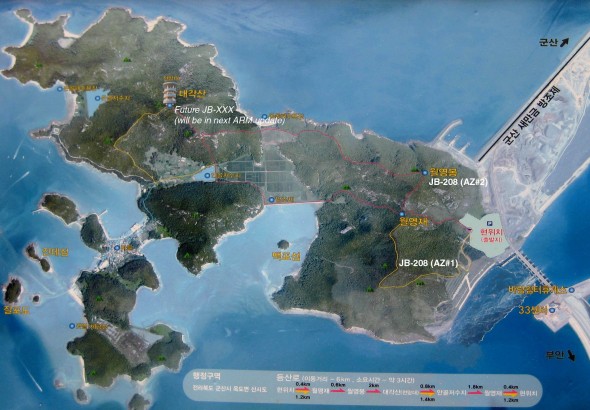 We met up in Iksan, grabbed some extra supplies and headed towards Mireuksan. We took the KT access road up to the antenna site, then walked the rest of the way to the summit. I cooked up some ramyeon while he set up his yagi. We quickly ate then proceded to make three (only!) contacts. Needless to say, the summit wasn’t activated, but chasers still get points.


Since I had to be at work (it was a Thursday, after all!) we had to quickly break down and leave. We’ll be back again, that’s for sure….