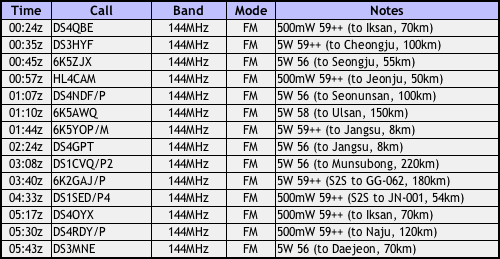 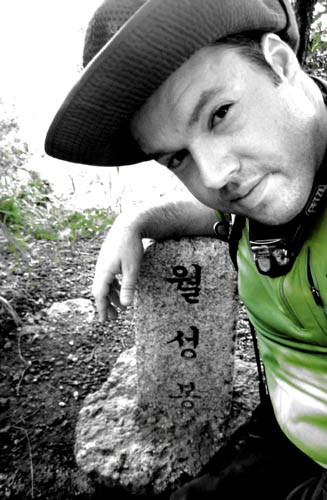 The rest is downhill as they say, or is that “downhump?” Going out for this early, cloudless, blue-skyed, morning activation, has put me at the 58% percentile in terms of activator scores (Weolseongbong adding 4 points to my previous 37, giving 41 points). I haven’t calculated it that much, since this has only started a few months ago. My aim is 100 points before Christmas, which should be perfectly doable, and looking at such a time frame, it actually ensures that all the summits contributing to it will be unique (except, of course, for those which I activate without making the requisite 4 QSOs subsequently adding ZERO points to my roster–and that depends on whether or not I go back at a later date to collect…)

My only real grudge with this particular expedition was the timing: there happen to be many ameliorations in progress on this mountain, including signage upgrades. 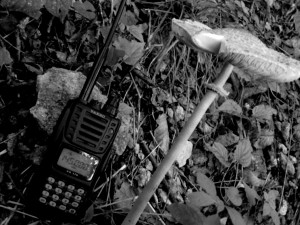 Along 90% of the routes, there are these beautiful, shiny, new aluminum sign posts installed at all the intersections, with no signs on them! Only one on top, and one at the bottom. All of the older signs (except at the summit itself) have already been uprooted, so at a few points it really was an empty slate, and took a few wrong turns on the way up (longer trail than planned, but less of a steep incline). 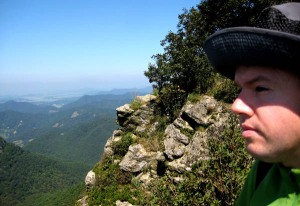 Things were pretty quiet, and I saw only three other women, hiking together, this morning. More or less I had the place (with its _huge_mama_ helipad) to myself, and took advantage of this to piddle around, changing antennas and whatnot. I tried 20m & 40m to no avail, there weren’t many signals, and on 20 some guy ate up half the band with some kind of broadband data signal–and it was an extremely strong signal (S9+). So, the activation was acheived by 100% 2m QSOs, though on the fourth or fifth contact my SWR, all of a sudden, shot through the roof. With DS4OVT on the line, I had to switch mid-QSO over to HT, and made a few more contacts on that (even to Buan! with just the duckie antenna!). 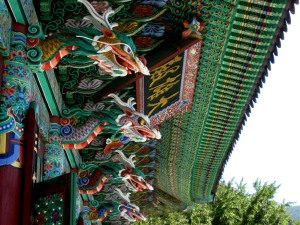 By noon, I was all packed up, and started down. I took the trail that I wanted to take up down, ending up at 법계사. It was much steeper and rockier, but got me down fast (with the exception of finding the car, once again, at the bottom).