What a full day! Taking the first and last buses to make three appointments around town, morning, noon and night–who says there isn’t any time to fit an activation in there, somewhere. Four hour window? No problem.

Taking the metro from 신도림 over to Seoul National University, I started on my merry little way, goal: HL/SL-002 Gwanaksan. This way takes you up the western slope, dotted with boulders, and on this dry day was actually quite fun to climb! I’m not sure I’d like to go down via the same route, but it was a fun ascent.

As it’s a bit less travelled, finding the trail head took a bit of a walk, but upon finding it there were no problems. It’s necessary to go almost all the way to the southern end of the campus, going up the Tal, seeing those college-esque sights so common on a Saturday afternoon–banners being painted, bands sound-checking for some performance that evening, though didn’t see any books cracked open on the quad. Those photographers must be very skilled to catch Homo studentis in that habitat… 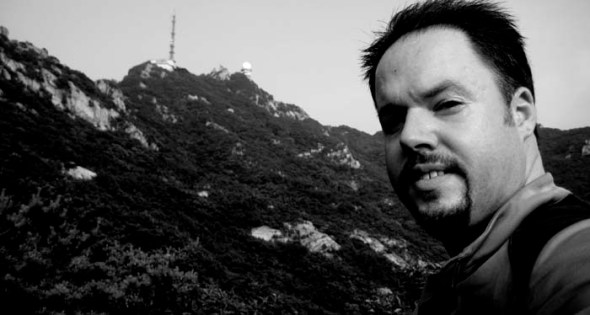 Arriving at the summit, with weather radars and broadcasting equipment occupying the site, I had to search a bit to find an ideal transmitting location of my own “in the shade.” I finally settled upon a spot just 30 seconds down from the summit on the north side, off the path and under a big rock. QRM down below S3…good enough.

Travelling light and principally with other objectives for the day in mind, I only had an HT, but is certainly doable in the Seoul Metro area. I made seven contacts, easily enough, before realizing what the time was and starting my descent to meet my next rendez-vous for supper before finally heading back down to Jeonbuk. More interestingly, I’d be seeing three of those seven contacts in the upcoming weeks!

I thought I was descending towards the north where there was a subway station at the end of the ridge, but I actually was going east, going together with another group. The path was much wider and worn than that of the one I took up, I was at least halfway down before I needed auxiliary lighting to see, listening to the evening ceremony sounds of the temple on the opposing slope. This path took me right down to Gwacheon station, from which it’s a short ride with only one transfer to get to the Express Bus Terminal. Nice.

Had a nice leisurely stroll (!) up Daedunsan early this morning (before the cable car was open) to find this modern monolith on the summit…. 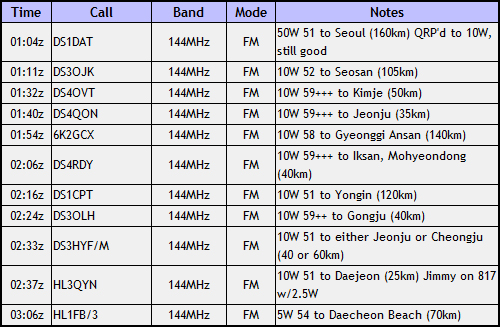 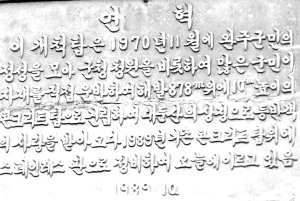 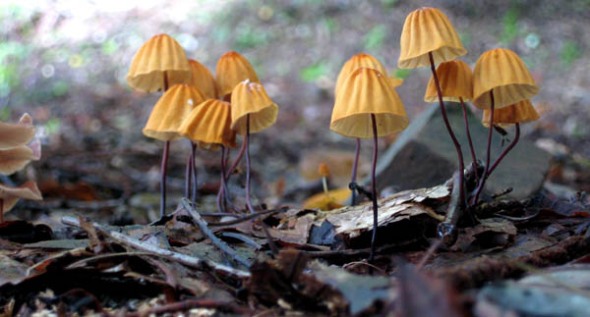 Squirrels On The Air? (yeah, I know it’s not a squirrel, but how could I resist?) 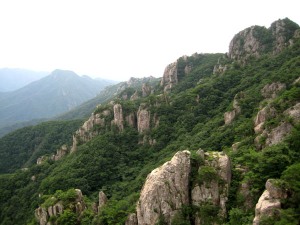 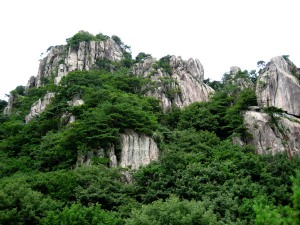