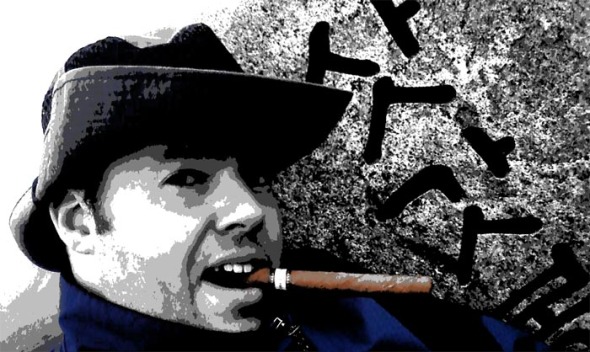 Not a bad tradeoff!

All to breach the 100 point barrier–and well before Christmas! As the “mini-ascent” to JB-007 삿갓봉 only added 2.4 km to the total of my walk and I had just the right amount of daylight left to get it done, it was quite the deal. 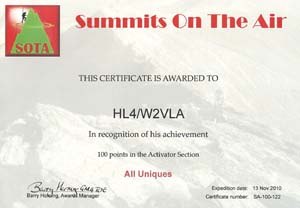 It was important to get out before dark as it this was in Deogyusan National Park, and they don’t like folks doing night hikes (liability, etc) so even though the trail was not very rough at all and I had adequate lighting I’d have to deal with closed gates and such to get out, or sleep at the shelter (which I happened to pass thrice total due to my routing up via the Sakatgol valley/pass trail). If one chose to sleep at one of the many shelters provided, it would be quite easy to knock off 40 points in one weekend outing along the Deogyusan ridge, possibly even more–the facilities are cheap, manned, with limited food as well as other services available.

I made the requisite 4 contacts, took the obligatory summit shot, and quickly scuttled back down–it was 4 PM already and I had roughty 1.5 hours of descent from there… 3 out of those 4 QSOs were actually S2S to other hikers, up to Songnisan, Gayasan, and another mountain in Geochang, nearby. Unfortunately, 6K5ASG/p Gyeong-il at Gayasan was already an hour into his descent when we made contact, he was at 서성재 pass, well out of the AZ, but maybe 6K5CGB/p Ahn-seup in Geochang might provide me with some chaser points on this second summit (S2S pointage w/CB-014 was already claimed a couple of hours ago from Muryuongsan, and 6K2GZJ/p Tae-in was also just starting his descent.). We’ll see once I get more details.

All in all, successful, although I had to leave immediately after activation…

When I returned to the village at the bottom of the mountain, the field of cabbage I had passed by on the way up now only evidenced massacre.